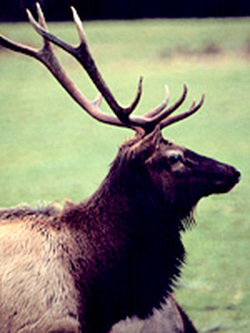 The sounds of gunfire from Sauvie Island (ducks) herald the start of fall hunting season. Some of us reside within the Scappoose Management Unit where hunting of big game is allowed according to Department of Fish & Wildlife regulations. The deer and elk hunting season is upon us.  Here are some facts from Oregon Big Game Regulations booklet.  For more information or greater details, visit http://www.dfw.state.or.us/

Hunting Hours:
Game mammals may only be hunted from 1/2 hour before sunrise to 1/2 hour after sunset

Landowners
A resident does not need a license to hunt on land upon which the person resides and is owned by the person or a member of the person's immediate family, unless they are hunting a species for which a tag is required.

A landowner or landowner agent does not need a hunting or trapping license to take predatory animals on land they own, lease, lawfully occupy, possess, or have charge of or dominion over.  ("Predatory animals" mean coyotes, rabbits, rodents and feral swine which are or may be destructive to agricultural crops.)

Trespass
No person shall hunt on cultivated or enclosed land of another without permission.  Enclosed land may be bounded by a fence, ditch, water or any other line indicating separation from surrounding territory.  In addition, be aware that under ORS 105.700 you can be liable to the landowner if you trespass on land that has been posted.

Beginning at Vernonia; northeast of State Hwy 47 to Clatskanie; north on Clatskanie River to state line in Columbia River; southeast on state line to Willamette River; southwest on Willamette River to Multnomah Channel; northwest on Multnomah Channel to US Hwy 30 at Sauvie Island bridge; north west on US Hwy 30 to Cornelius Pass Rd; southwest on Cornelius Pass Rd to US Hwy 26; northwest on US Hwy 26 to State Hwy 6 west on Hwy 6 to Glenwood; northwest on Glenwood-Timber-Vernonia Hwy to State Hwy 46; north on Hwy 47 to Vernonia, point of beginning.

Seasons in the Scappoose Hunting Unit


These are dates for 2011-12. Check the ODFW website for current year seasons.